That’s exactly what the product we’re reviewing today claims to offer – the Rs. 4,499 HiFuture TidyBuds Pro promise over 100 hours of battery life per charge cycle. Furthermore, the charging case can be used as a handy power bank for your other devices. How do these earphones sound, and is that bold claim of battery life authentic? Find out in our review. 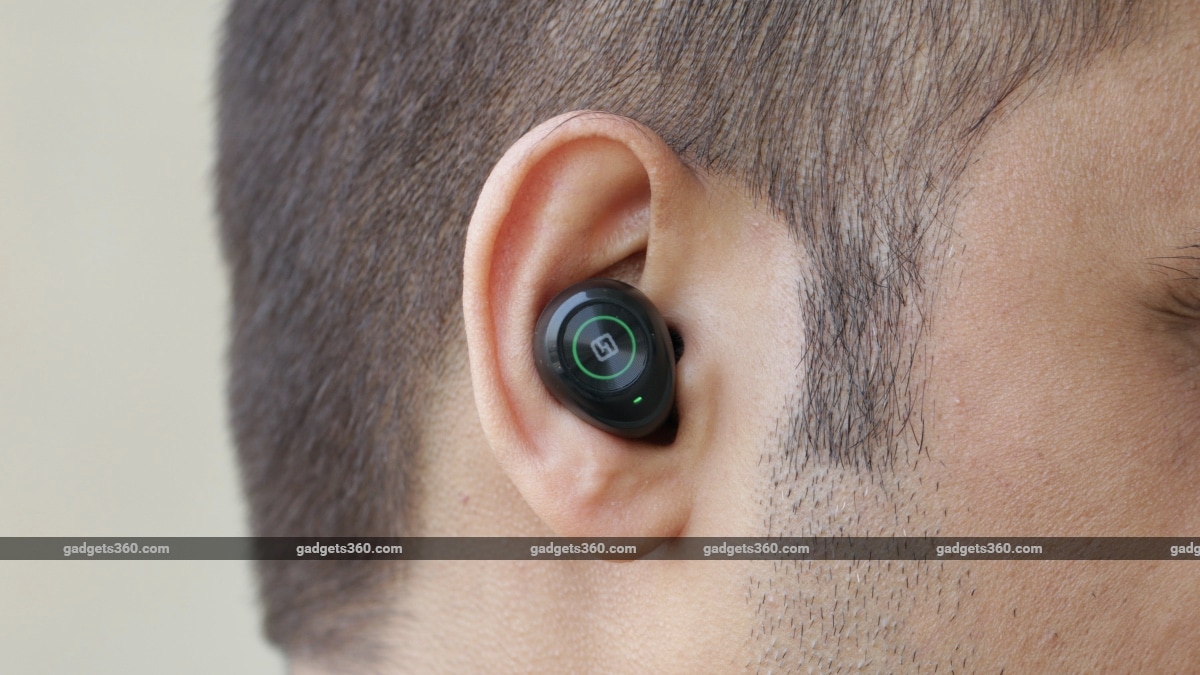 We haven’t seen a lot of innovation, or a sense of adventure, when it comes to design in the affordable true wireless space, and the HiFuture TidyBuds Pro sticks to a safe look and feel. The earpieces are large, with a 70mAh battery in each one. We initially expected this to be a problem for the fit, but the plastic casings keep them light, and ensured that they stayed in place when used while we went about our usual activities.

The stalks that extend into the ears were occasionally a problem for us when it came to comfort and noise isolation. The included ear tips are small and rather flimsy, with even the largest of the three included pairs barely offering any in-ear seal. Because of this lack of seal and the large size of the earpieces themselves, we often had to adjust them, and didn’t like how they fit in our ears.

The HiFuture TidyBuds Pro earphones have touch controls, with the control area on the outer part of each earbud. There’s also an interesting black-and-green HiFuture logo on each one. The gesture controls are easy enough to get used to, work well, and let you control most key functions directly from the headset, including playback, answering or rejecting calls, and invoking the voice assistant on your smartphone. Unfortunately, volume can’t be controlled on the earbuds, and will have to be adjusted on the source device.

The charging case of the HiFuture TidyBuds Pro is its most impressive feature, with a massive battery capacity of 3,000mAh. Naturally, the case is a bit larger than what we’re used to seeing on affordable true wireless earphones. It isn’t unreasonably large though; it can still fit in your pocket. The earphones magnetically latch onto the inside of the case, and the lid also uses a magnet to stay firmly shut. 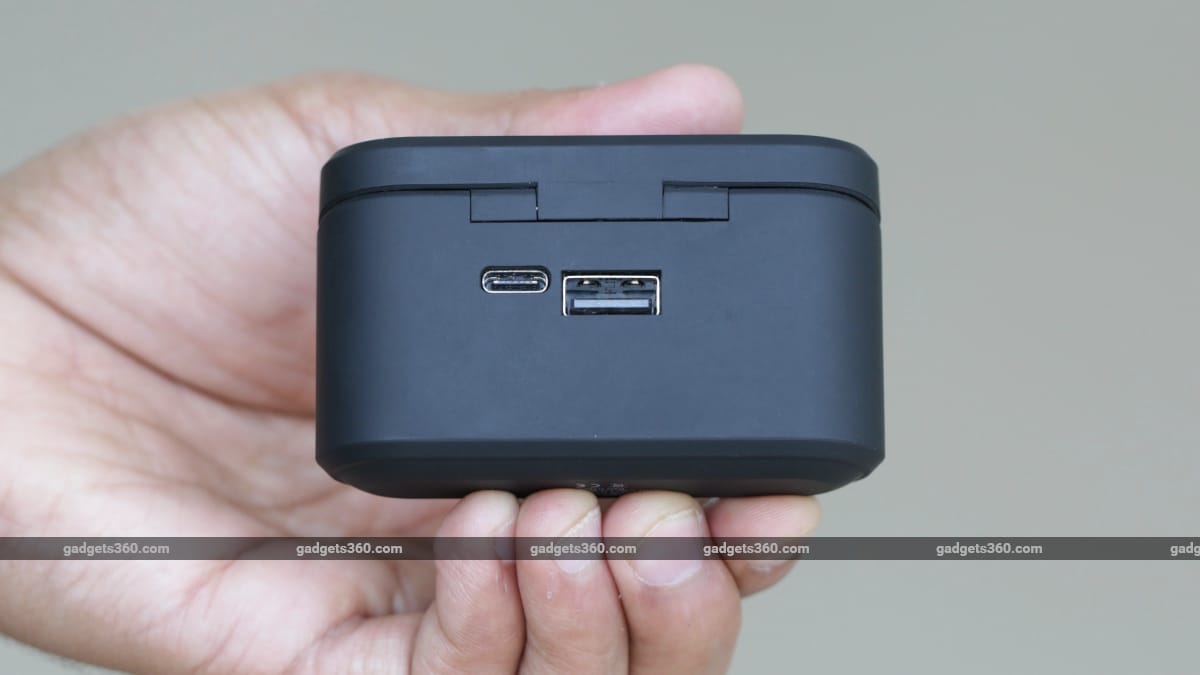 The front of the case has four indicator lights to give you a rough estimate of the battery level of the case itself, while the back has two ports – a full-sized USB Type-A port, and a smaller USB Type-C port. The latter is used to charge the case itself, while the former can be used to charge other devices. It’s functional, but the the uneven positioning of the two ports at the back looks a bit strange.

Using the case as a power bank worked as expected, but power delivery was slow. It’s a useful feature to have nonetheless. It could give your smartphone’s battery a small boost on the go, or charge other accessories such as fitness trackers or smartwatches.

We were able to get around six hours of use from the earphones on a full charge (against the claimed figure of eight hours), and the case is claimed to offer an additional 12 full charges to the earphones. We weren’t able to test this completely, but it took three full charges of the earphones to cause one of the four indicator lights on the case to go out, suggesting that it is likely possible to come quite close to the company’s claim.

We estimate that it will be possible to get around 80-85 hours of use per charge cycle from the HiFuture TidyBuds Pro. This isn’t quite the 100 hours that the company claims, but is still significantly higher than anything else we’ve tested in this product segment.

Other specifications are as you’d expect from budget true wireless earphones; the HiFuture TidyBuds Pro supports Bluetooth 5, and has 6mm dynamic drivers in each earpiece. The SBC and AAC Bluetooth codecs are supported, and the sales package also includes three pairs of ear tips and a USB Type-C cable.

Although battery life on the HiFuture TidyBuds Pro is exceptional, sound quality doesn’t quite live up to that standard. While we weren’t entirely disappointed with the earphones in terms of sound quality, they were a bit dull and lacked any real appeal; the sound was about as ordinary as we’ve heard, even for this price. We tested the earphones with a OnePlus 7T Pro (Review) as the primary source device, using the AAC Bluetooth codec for listening.

Starting with Sub Focus’ Could This Be Real, we liked the initial thump in the track, but it didn’t take long before things started to sound a bit muddy. When the track got into its stride, we found the sound too warm, with the low-end a bit too forceful and overbearing on the rest of the frequency range. The bass definitely had some raw punch to it, but the trouble was that it made the overall sound come across as a bit unpleasant. 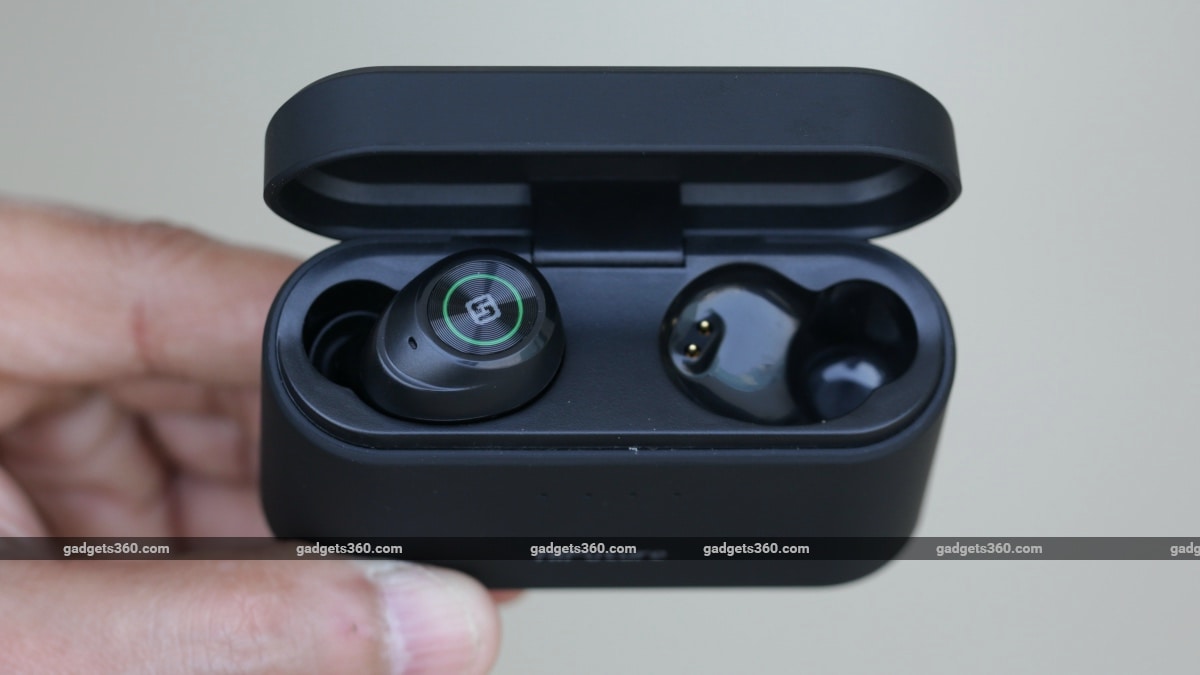 The sonic signature might appeal to those looking for raw attack, and probably won’t be too bad if you’re used to low-resolution streaming or listen to FM radio a lot. However, any half-decent audio streams or files tended to bring out the lack of detail and refinement in the HiFuture TidyBuds Pro. Despite making use of the AAC codec, the earphones simply weren’t able to bring out much from the tracks, instead sticking to what most would call a safe sound. It’s one that we found to be dull and ordinary.

Switching to Gotye’s State Of The Art in FLAC format with the volume turned all the way up didn’t produce the results we’re used to either. Instead, we got a sound that was just marginally better than with a compressed audio stream, only slightly improving in terms of imaging and stereo separation. The incredibly well engineered, detailed and immersive track seemed to fall flat, sounding just a little more than boring. Compared to some of the other options in this price segment that we’ve recently reviewed, this was disappointing.

While the average tuning of the drivers is largely to blame for this ordinary sound, the poor fit and noise isolation didn’t make things any better. The sound felt uneven and imbalanced at times, and even the slightest movement of our head would sometimes affect the way the TidyBuds Pro sounded.

Using the HiFuture TidyBuds Pro for calls yielded mixed results. We didn’t have much trouble in quiet indoor environments, but outdoors, the earphones were on occasion impossible to use as callers couldn’t hear us at all. We also faced an odd issue once – the earphones disconnected from our smartphone in the middle of a call. This issue didn’t repeat itself beyond the single occasion. 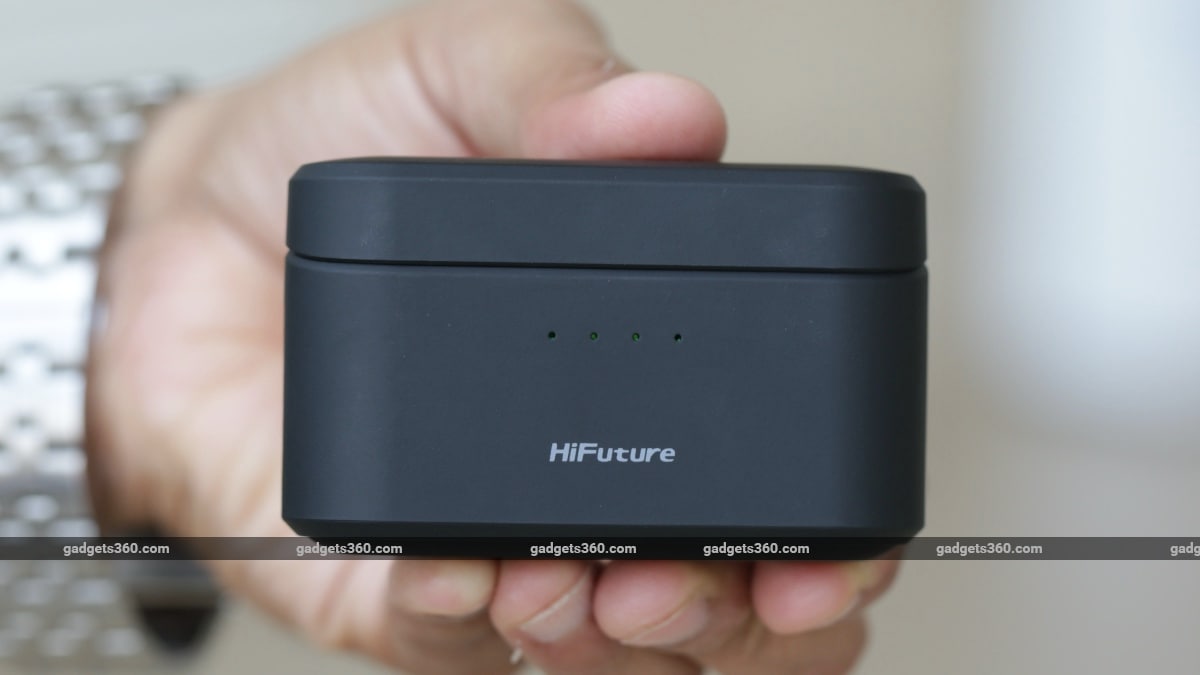 The charging case has a massive 3,000mAh battery, and can be used as a powerbank

There are a lot of true wireless headsets priced under Rs. 5,000, but none quite offer what the HiFuture TidyBuds Pro brings to the table: segment-leading battery life. With over 80 hours of battery life per charge cycle (as per our estimates), this is the true wireless headset to go for if you have trouble remembering to charge your earphones. The fact that the charging case works as a power bank is an added bonus, considering that it is small enough to slip in your pocket.

However, sound quality is ordinary and lacking in anything special. The sound isn’t offensive or unpleasant in any way, and will suit basic listening preferences fine; there’s just nothing particularly noteworthy in the sound of the HiFuture TidyBuds Pro. The odd design of the earphones and case are further cons that we don’t feel are sufficiently offset by the one big pro.

Options such as the Noise Shots X3 and Shanling MTW100 are better on the whole, even if they can’t match the HiFuture TidyBuds Pro’s exceptional battery life.

Amazfit GTR 2, GTS 2 and GTS 2 mini to Launch in India in December