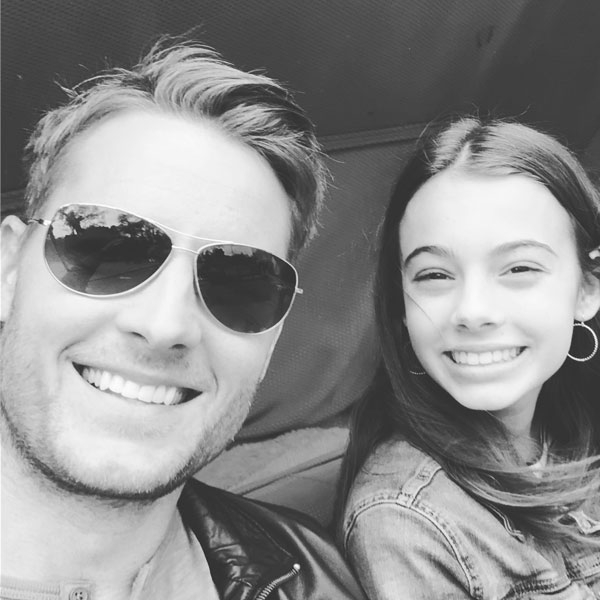 The This Is Us star turns 43 today and we’re here to celebrate the occasion by looking back at some of the Illinois native’s cutest dad moments.

If you follow the former soap star on Instagram, you know that the actor loves to post pictures of him and his daughter, Isabella Hartley, and all of the adventures that the two take together.

He’s even shared how his role in the NBC drama series has affected his relationship with his daughter.

In an exclusive interview with E! News in 2017, the performer explained his part, “Has slowed me down a little bit. I think about the show sometimes and I’m like, ‘I’m going to have that conversation with my daughter.”https://www.eonline.com/”

“Oftentimes,” he admitted, “The show will inspire me to do something that I wouldn’t normally have done.”

And while he is of course proud of his daughter, when it comes to being a part of the SAG Award winning ensemble, she’s pretty proud of him, too!

In the same interview, Hartley revealed that, “[Isabella] watches it, her friends watch it, their parents watch it, so I’m like the cool dad now. [When I] take her to school, I get to walk her in now. We can hang out in front of her friends. It’s cool.”

Take a look at some of the duo’s cutest father-daughter moments below.

Also, if you’re a sucker for family dramas like us, the show returned from its hiatus a few weeks ago, making it the perfect time to catch up as the fourth season continues.

(NBC and E! are both a part of the NBCUniversal family.)