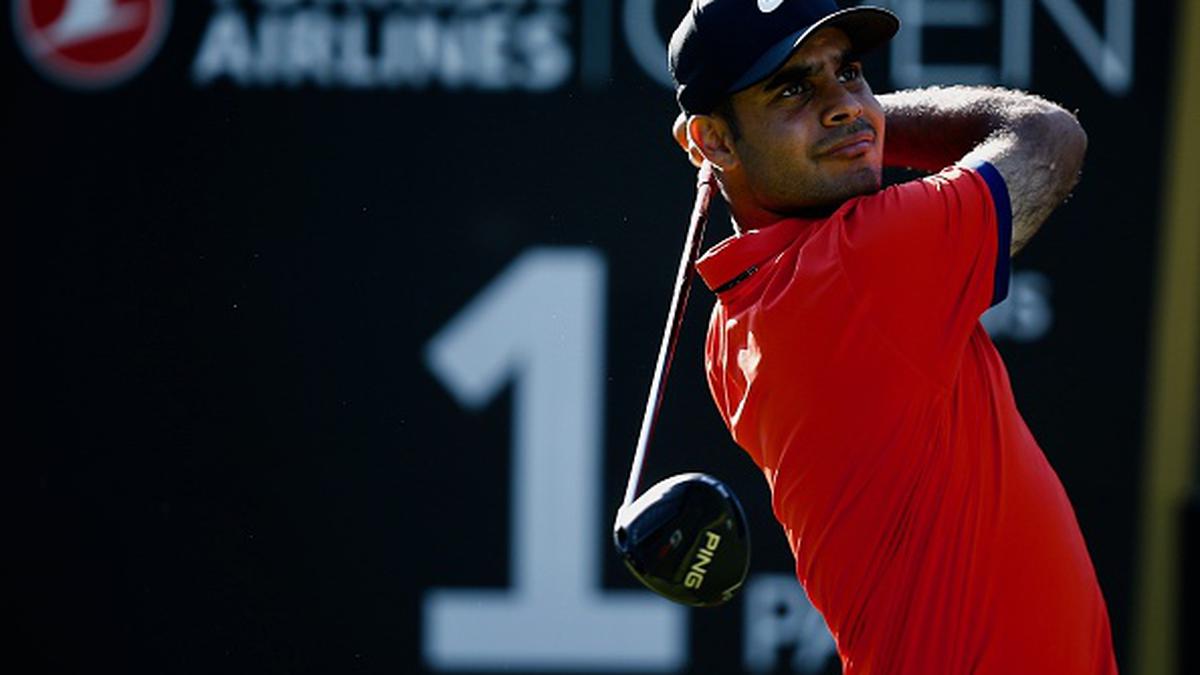 India’s Gaganjeet Bhullar carded a modest one-over 73 in tough conditions, while his compatriot Shubhankar Sharma faltered with a disastrous five-over on the back nine to be placed tied 45th and 101st respectively after the first round of the 2020 Omega Dubai Desert Classic golf here on Thursday.

Shubhankar is in danger of missing the cut, which looks likely at two-over as only 29 players went under par. That was the lowest number with under par scores in the first round of the Dubai Desert Classic in 30 years since 1990.

READ | Records in sight for Tiger Woods in 2020

Pieters overcame a three-shot hit on first and second, right after the turn. He was chased by American David Lipsky (68).

Shaun Norris at six-under through 12 had five more pars, before a triple bogey finish on ninth saw him finish at 69 in a bunch of 12.

Shubhankar picked up a birdie on the second but gave it back on the eighth. On the back nine as the winds became stronger, he dropped shots on 10th, 12th, 15th and 17th and had a double bogey on Par-4 14th. The birdie on Par-5 18th was a small consolation.

Bhullar started on the 10th and picked up a birdie on 11th, only to give it away on 16th. He missed a birdie putt from inside eight feet on 18th but hung in there with pars right till his last hole, the ninth.

There Bhullar pulled his tee shot into thick rough and ended with a bogey.

“It was tough with the thick rough, narrow fairways and the wind. Some thing or the other was waiting to get you, so pars were welcome. I had a couple of chances but that last bogey was disappointing after holding out for so long,” said Bhullar.

Pieters turned in a flawless five-under after starting from the 10th. He was set to blaze the Emirates Golf Course, before a double on the first and a bogey on second set him back. He fought back with three birdies from fifth to seventh for 67.

Norris, with a win, four second places and five other top 10 finishes in his last 15 events worldwide, looked like the man to catch before a trip to the water on his closing hole, the ninth, brought him grief with a triple.

Major Champions Sergio Garcia, Padraig Harrington and Louis Oosthuizen carded 71 each, while Henrik Stenson, who said he had played in this course more often than any other in his life, shot 72.