A staff member takes body temperature of a girl at Singapore Changi Airport in Singapore, Feb. 5, 2020.

The global death toll from the new coronavirus is now at 813, higher than that of SARS.

China reported an additional 89 deaths on Sunday, bringing the total number of people killed by the fast-spreading coronavirus to 811 in the mainland. The global death toll for the new coronavirus currently stands at 813, including one death in the Philippines and another in Hong Kong.

That number exceeds the global number of deaths from SARS, which killed at least 774 people and infected 8,096 people worldwide in 2002 and 2003, according to data from the World Health Organization.

The National Health Commission said on its website that 2,656 new cases were confirmed as of end Saturday. This brings the total number to 37,198 in mainland China.

The new virus — first reported to the World Health Organization in late December — is believed to have originated from a seafood market in Wuhan, the capital of Hubei.

It has since infected more than 35,000 people worldwide, majority of them in mainland China. According to WHO’s latest situation report, nearly 300 cases have been reported in 24 countries, mostly in Asia.

Hubei, the epicenter of the outbreak, accounts for most of the deaths and cases around the world.

The cumulative number of deaths in the province reached 780 after an additional 81 deaths were recorded as of end Saturday. The Hubei Provincial Health Committee said there was an additional 2,147 new cases, bringing the total of confirmed cases to 27,100.

42% Indians say have increased use of digital payments during lockdown: Report 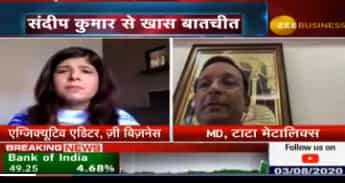