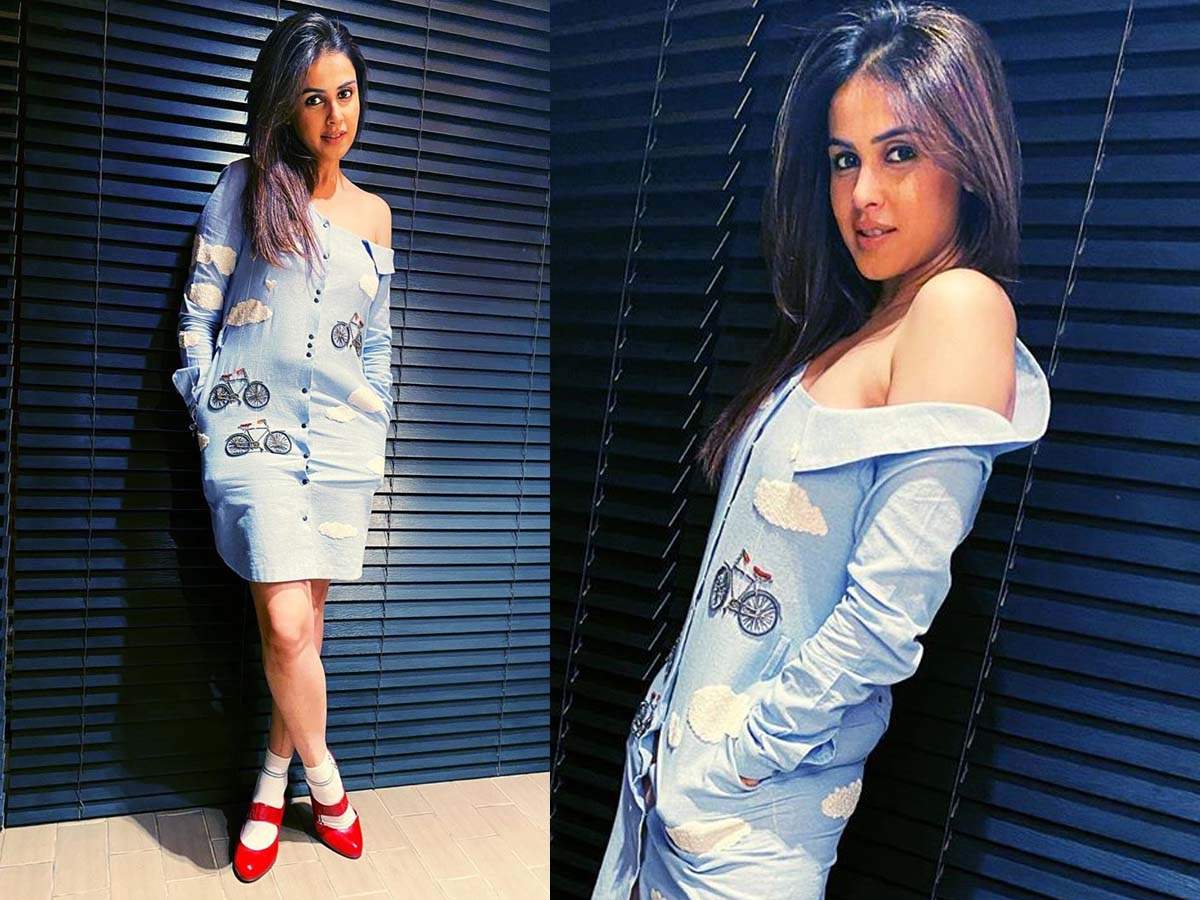 Bollywood actress Genelia D’Souza Deshmukh has been away from films, however, the actress keeps in touch with her fans through social media. She loves to treat them with her stunning pictures and look for the events.

And these days, she is exploring the fashionista in her by sharing her different looks for events. Now, along with all the amazing pictures she posts on Instagram, she adds classic captions to them.

And on Thursday, the actress posted her look as she attended the screening of Varun Dhawan and Shraddha Kapoor starrer ‘Street Dancer 3D’ with her husband Riteish Deshmukh. For the night, she decided for an off-shoulder denim ensemble which she teamed with red heeled-shoes and socks. The actress posed for some cute pictures which she posted on the photo-sharing app. Now again, she wrote some wise words as her captions of the posts. One of them read, “Life always offers you a second chance it’s called tomorrow”. 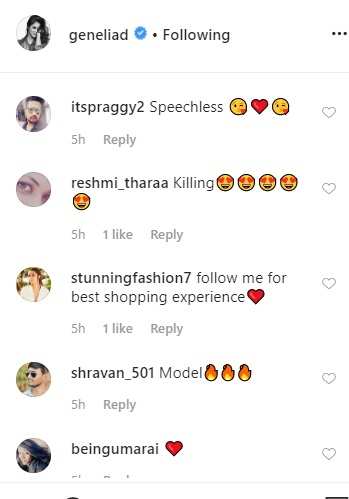 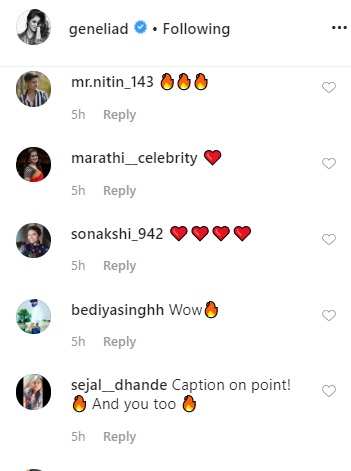 On the work front, Genelia was last seen in a special appearance in husband-actor Riteish Deshmukh’s Marathi film ‘Mauli’. 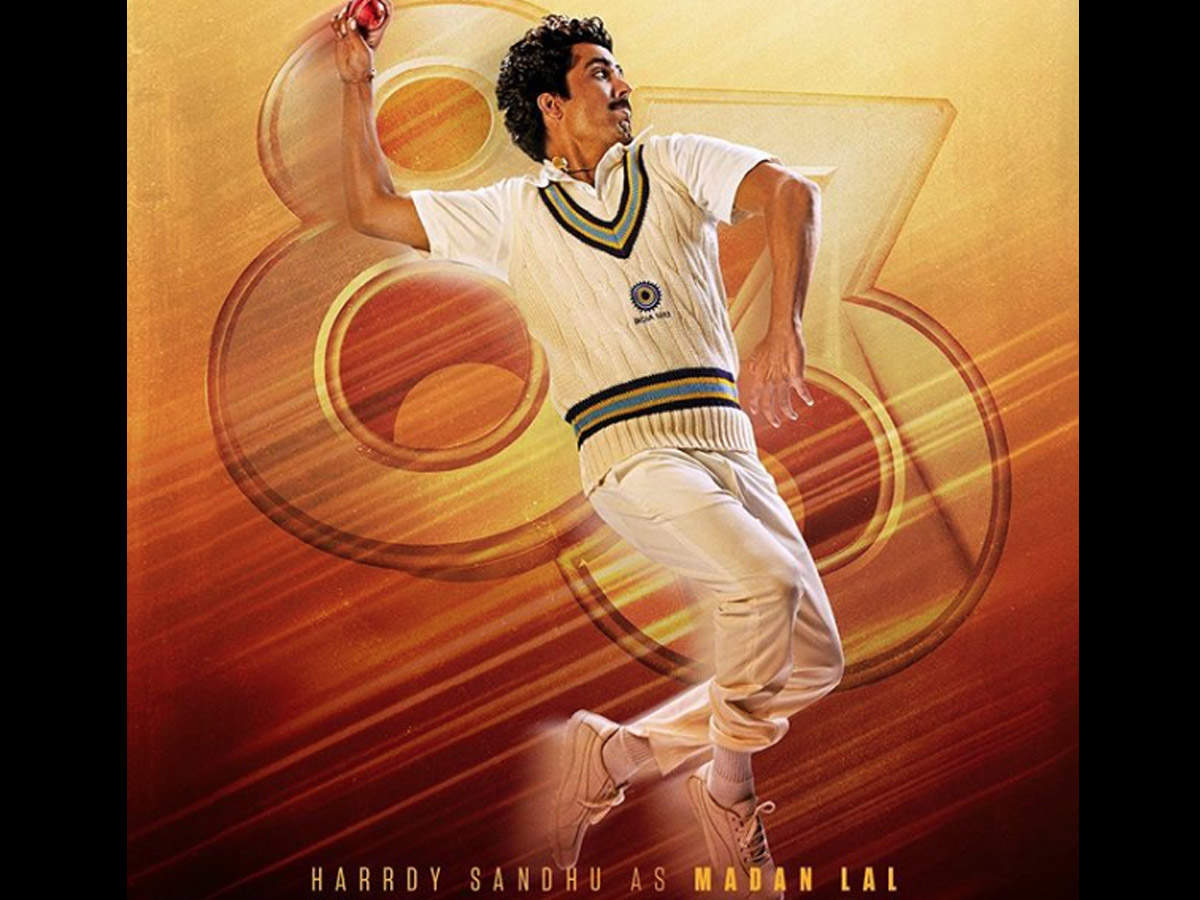