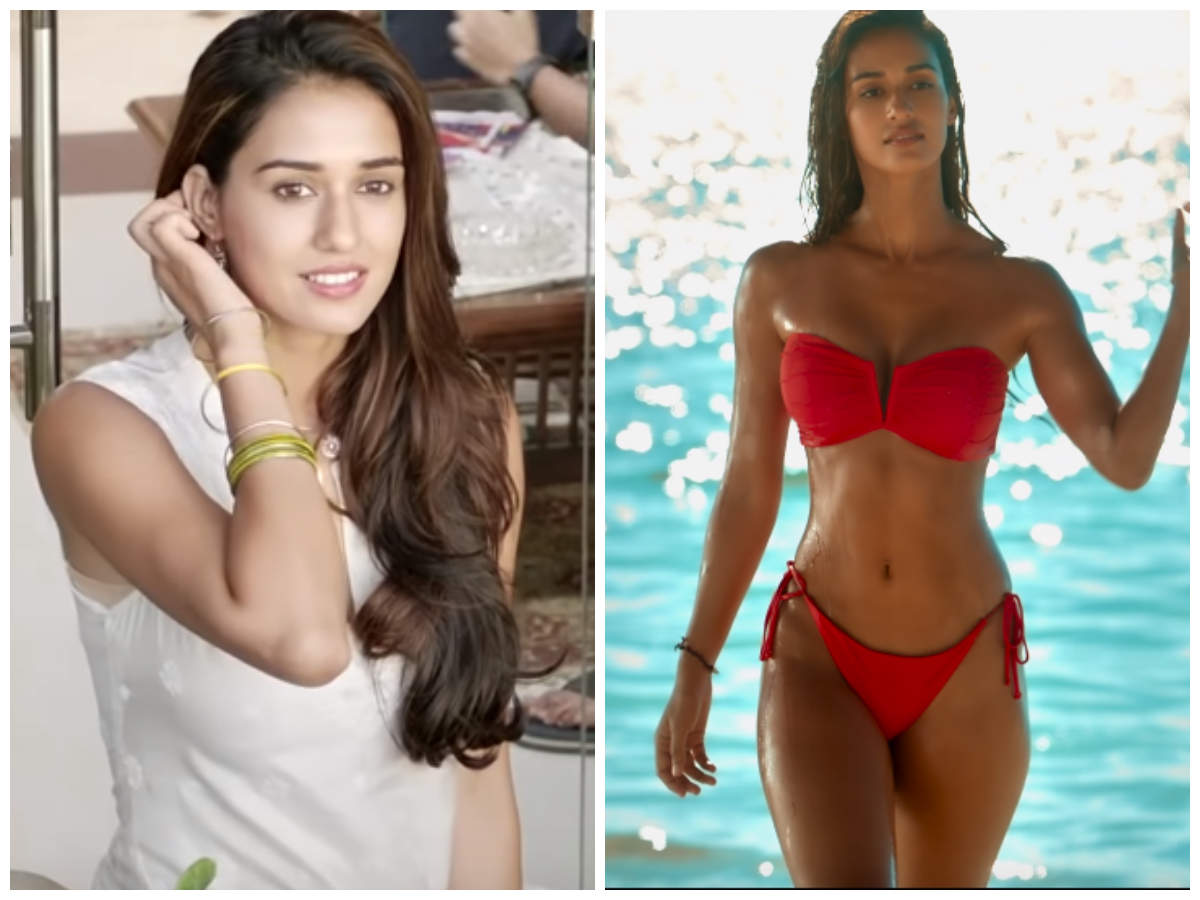 From being a shy girl in ‘M.S Dhoni: The Untold Story’ to becoming a hottie in ‘Malang’; Disha Patani’s amazing transformation over the years! | The Times of India

01/6From being a shy girl in ‘M.S Dhoni: The Untold Story’ to becoming a hottie in ‘Malang’; Disha Patani’s amazing transformation over the years!

Disha Patani rose to fame with Sushant Singh Rajput starrer ‘M.S. Dhoni: The Untold Story’. The actress is currently ruling the headlines for her upcoming film ‘Malang’. Directed by Mohit Suri, Disha will romance with Aditya Roy Kapur. The film also stars Anil Kapoor, Kunal Kemmu and Elli Avram in pivotal roles. She has been receiving praise for her impressive acting and easy-breezy attitude, Disha has grabbed attention for her amazing transformation from her first Bollywood film to her latest one. The actress played the role of a simple girl named Priyanka Jha in ‘M.S. Dhoni: The Untold Story’, on the other hand, in ‘Malang’ flaunts her smoking hot side.

So we bring photos of Disha Patani from ‘M.S Dhoni: The Untold Story’ to ‘Malang’, which will give you a sneak-peek of her before and after looks.

‘M.S. Dhoni: The Untold Story’ bought Disha in the centre of the media glare. The actress essayed the role of Priyanka Jha, the girlfriend of Mahendra Singh Dhoni who died in a car accident in the film. In the film, the actress channelled her inner desi girl. She sported ethnic ensemble and paired them with silver earrings. The film turned out to be her commercial break. It is a biographical sports film based on the life story of Mahendra Singh Dhoni, the former captain of the Indian Cricket Team along with Sushant Singh Rajput and Kiara Advani.

Disha Patani had the privilege to work and share screen space with her all-time idol, Jackie Chan, in her film ‘Kung Fu Yoga’. She played an archaeology professor adept at expert level yoga and martial arts techniques that help Chan’s character in his quest to find India’s Magadha treasure in Tibet. The actress had to perform an underwater action sequence in Iceland. It was minus five degrees but the actress kept her cool and shot the scene like a true professional.

Disha’s role in the ‘Bharat’ garnered her a lot of love and appreciation. She played the character of a trapeze artist and Salman Khan’s love interest in the period of late 60s, Disha is simply winning hearts. Though she had a limited screen-time, the actress has made the most out of it. She was not a typical female protagonist. She gave away major chic vibes in her stunning yellow saree and hot trapeze costume.

Her latest outing ‘Malang’ is a romantic action thriller film starring Aditya Roy Kapur, Anil Kapoor, Kunal Khemu, Amruta Khanvilkar and others. The film created a stir among the audience. Disha and Aditya’s onscreen sizzling chemistry has set the internet on fire. In this film, Disha is seen in her glamorous avatar, showing off his washboard abs in a stunning red bikini and her fans are going gaga over her looks. Disha reportedly that there is a very slight resemblance of the film character to her real life. She also added that the urban factor and the fact that her character is so raw and sexy in the film are very interesting. She also confessed that she is very shy and reserved as a person.

Suhana Khan wishes mom Gauri Khan on Mother’s Day; expresses that she is “kinda mad” for THIS reason! – Times of India