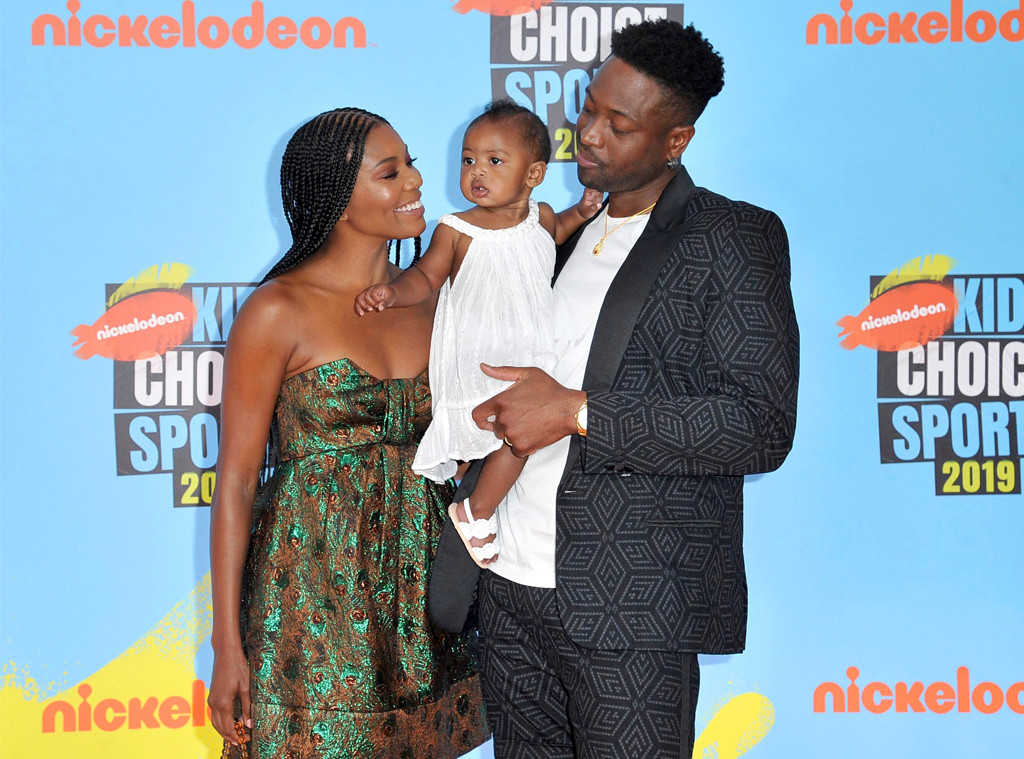 Dwyane Wade‘s jersey retirement ceremony was a family affair, and one of his kids stole the show!

The star shooting guard’s wife, actress Gabrielle Union, held their 1-year-old daughter Kaavia James, one of his four children, as she helped raise his Miami Heat No. 3 jersey to the rafters of American Airlines Arena during halftime at a game between his former team and the Cleveland Cavaliers on Saturday night.

The two sat at the event with Wade’s 18-year-old son Zaire Wade. The Heat shared a photo of the three at the stadium.

A pic of Kaavia toddling along the courtside seats at a previous game, to the amusement of the likes of Kelly Arison, daughter of Heat owner Micky Arison, was also posted on the Heat’s Instagram page.

“This is her house!” Wade wrote on his Instagram Story.

“@kaaviajames tryin to negotiate a comeback during the jersey retirement,” Union joked.

Wade is the Heat’s 13-time All-Star and had helped the team win three NBA championships. He had announced his retirement from the NBA in 2018 and played his final game last April.

During the ceremony, Wade paid tribute to his friend and late NBA icon Kobe Bryant, who died in a helicopter crash in Calabasas, California last month.

“Kobe said the most important thing is to try to inspire others so they can be great in whatever they choose to do,” he told the cheering crowd. “I hope I’ve inspired all of you. Thank you for making me a part of your legacy. Please know you are a huge part of mine. God bless you all. Heat Nation! I love you.”