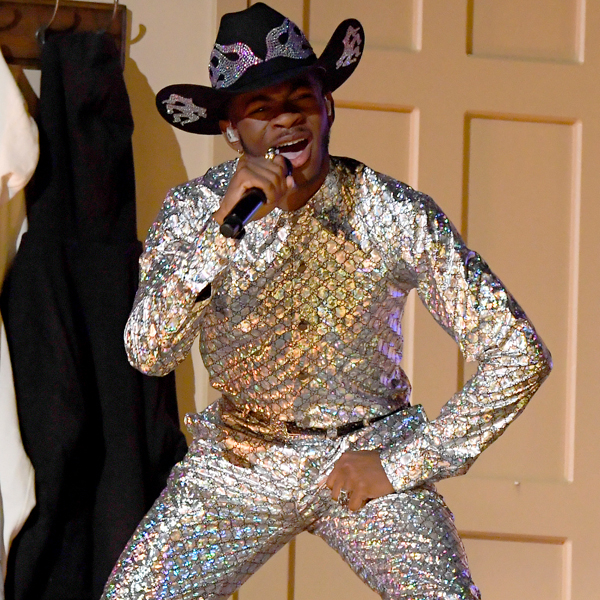 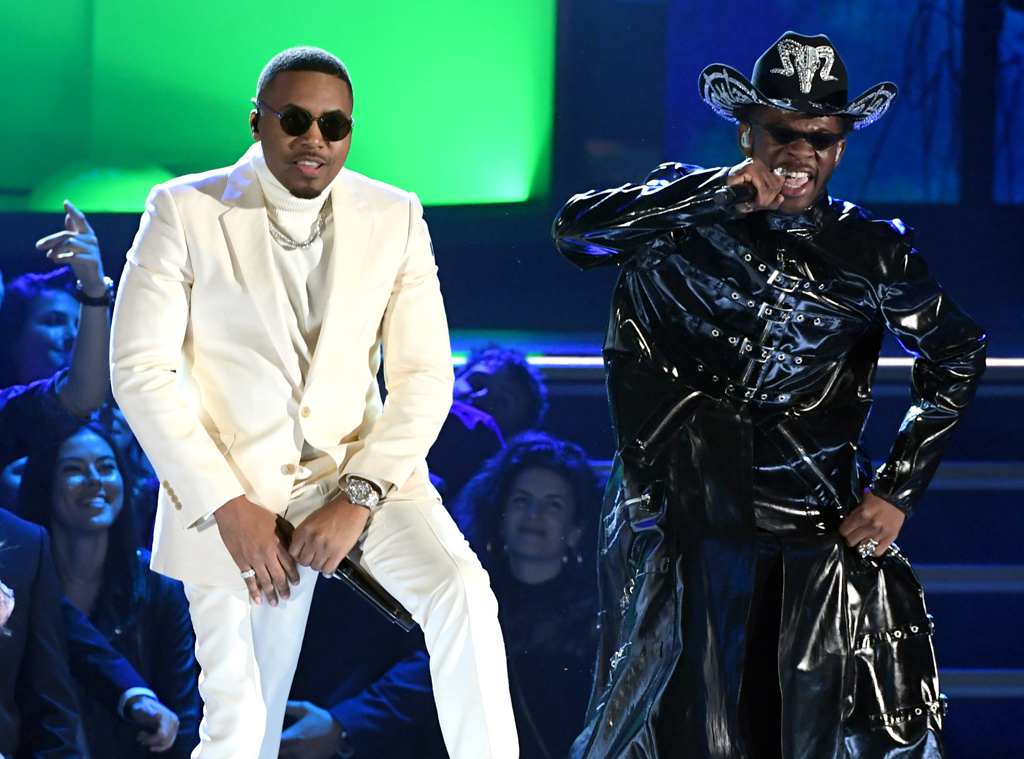 Lil Nas X wasn’t alone as he took his horse to the old town road at the 2020 Grammys.

As E! readers surely know, “Old Town Road” has been released, remixed and mashed-up several times this past year. Thus, the Recording Academy felt it was only right to bring together the various acts that have made this song a smash sensation.

Lil Nas X kicked off the number alone, with a guitar in hand, in a set designed to resemble a living room. This may reference to the artist (who was born Montero Lamar Hill)’s time couch surfing at his sister’s place.

In a bedazzled silver number with a matching hat, Lil Nas X rocked out before moving to meet BTS in a city-esque set. Alongside the beloved South Korean boy band, Lil Nas X did body rolls and jumped about.

After wandering through an eerie-green set with a giant skull, the newcomer entered a room where Diplo was playing the banjo and the famed Walmart yodel kid was wearing a blue sparkly blazer. If this wasn’t the Grammys, we would be convinced we were having an odd fever dream.

The performance wouldn’t be complete without an appearance from Cyrus, whose remix is arguably the most popular.

In a surprise twist, rapper Nas joined the performance as Lil Nas X played a trumpet. Again, this performance had everything.

“Old Town Road” has had quite the journey as Lil Nas X first released the track back in December 2018. Of course, the country rap anthem gained popularity and was re-release by Columbia Records in March 2019. By April of that year, Cyrus jumped on the track and the remix took the world by storm.

“At the incredible age of 20, he’s done the unthinkable. He set the all-time record for the longest number one hit song. He’s nominated for six Grammy awards tonight, he’s already won two, and he’s done it all by being true to himself,” Ellen DeGeneres stated ahead of the performance. “Unwavering in the face of prejudice, he told the world he was gay, and, overnight, he became an inspiration and role model to millions of young people around the world.”

Lil Nas X is a first-time Grammy nominee with six nominations, including Record of the Year, Album of the Year, Best New Artist, Best Pop Duo/Group Performance (which he won), Best Rap/Sung Performance and Best Music Video (which he also won).

Check out a full list of 2020 Grammy Award winners.

Dog The Bounty Hunter Says He & Fiancee Francie Bonded Over Loss Of Their Spouses: ‘We Cry’ Together