Brad Pitt brought the house down without actually being there! Margot Robbie read his hilarious speech after he won for ‘Once Upon A Time In Hollywood.’

America’s favorite heartthrob Brad Pitt, 56, just won big at the British Academy Film and Television Arts Awards on Sunday, Feb. 2! Although he wasn’t at the award show to pick up his award, he definitely made an impression with his hilarious speech read by co-star Margot Robbie, 29. “Brad couldn’t be here tonight due to family obligations, so he asked me to read his response for him,” the blonde bombshell said to the audience. Brad’s win was for Best Supporting Actor in Quentin Tarantino‘s Once Upon A Time…Im Hollywood, which also earned him an Oscar nod.

Not long after the warm greeting, the speech took a very very humorous turn. “He starts by saying, ‘Hey Britain. Heard you just became single. Welcome to the club!’” Margot continued, reading Brad’s own hilarious words. The brilliant quip poked fun at not only his own dating life since his 2016 split and yet-to-be finalized divorce from ex Angelina Jolie, as well as the U.K.’s decision to move forward with Brexit.“‘Thank you to the Academy for this extreme honor’,” the speech continued, with Brad admitting that he’s “always been a bit intimidated over here given the Royal Academy of Dramatic Arts and the titans that have come before, so this is especially meaningful.”

The Oklahoma native has been cracking jokes about his dating life through this awards season, and we can’t stop laughing! After winning at the Screen Actors Guild Awards, he immediately announced that he would be “adding this to my Tinder profile.” He later confirmed at the Santa Barbara Film Festival that he was not on the popular dating app, crushing the dreams of ladies everywhere.

“Let’s be honest. It was a difficult part. A guy who gets high takes his shirt off and doesn’t get on with his wife. It was a big stretch,” he added at the SAG Awards.

Meanwhile, his first ex-wife, Jennifer Aniston, 50, went on to win a SAG of her own for her role as Alex Leavy in the Apple TV+ drama The Morning Show. The pair, who were married from 2000 – 2005, nearly broke the internet after re-uniting in the pressroom at the award show! With ear-to-ear grins, Brad and Jen were beaming as they crossed paths and exchanged a friendly hello. The exes are seemingly on good terms, with Brad attending her 50th birthday party last year, as well as her Christmas party in December!

Jill Scott: 5 Things To Know About Singer Facing Off With Erykah Badu In Epic Instagram Battle 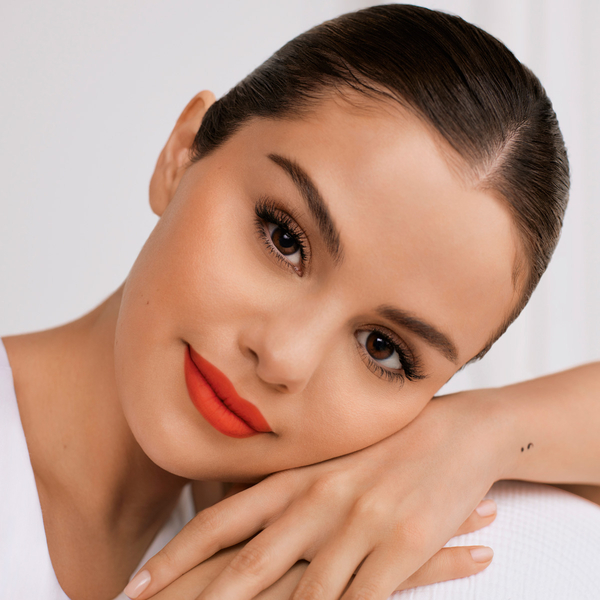 Jennifer Lopez, 51, Stuns In A Sexy Red & White Dress Plus More Of Her Hottest Quarantine Looks