In the midst of the ongoing pandemic, we have seen several celebrities come forward to boost everyone’s morale. The latest to join the list is Bobby Deol. The actor has recited a poem in a special video, which is a tribute to the warriors of COVID-19. The two-minute piece, titled Chand Roz Ki Baat Hai Yaron, has been conceptualised and written by Sanjay Masoomm. The video releases today.

Bobby told us, “I have known Sanjay for many years and when he came to me with this poem, I was taken in by the simplicity with which he expressed gratitude towards our police force, healthcare workers and others, who are working tirelessly to protect us from the deadly virus. Chand Roz Ki Baat Hai Yaron talks about the indomitable human spirit and unity, which binds Indians together. The message it was trying to convey encouraged me to recite a poem on camera for the first time in my life.” 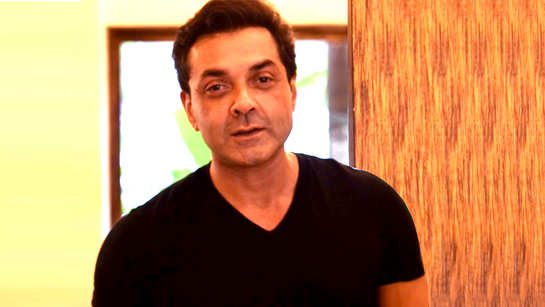 While Bobby faced the camera, his younger son, Dharam, turned cinematographer. The actor shares, “Dharam is fond of cameras. Once, when he had accompanied me to the sets of a film, I spotted him having a long chat with the cinematographer. Later, he told me that he wanted to be a photographer. So, I bought him a camera. Dharam took this as an opportunity and we shot it over two hours. Of course, we did have our share of creative differences (laughs!).”

It’s a known fact that Bobby’s father, legendary actor Dharmendra, has a skill for writing poetry. “My dad has penned lovely poems, and he uses beautiful Urdu words. However, I haven’t inherited that talent from him,” says the actor.