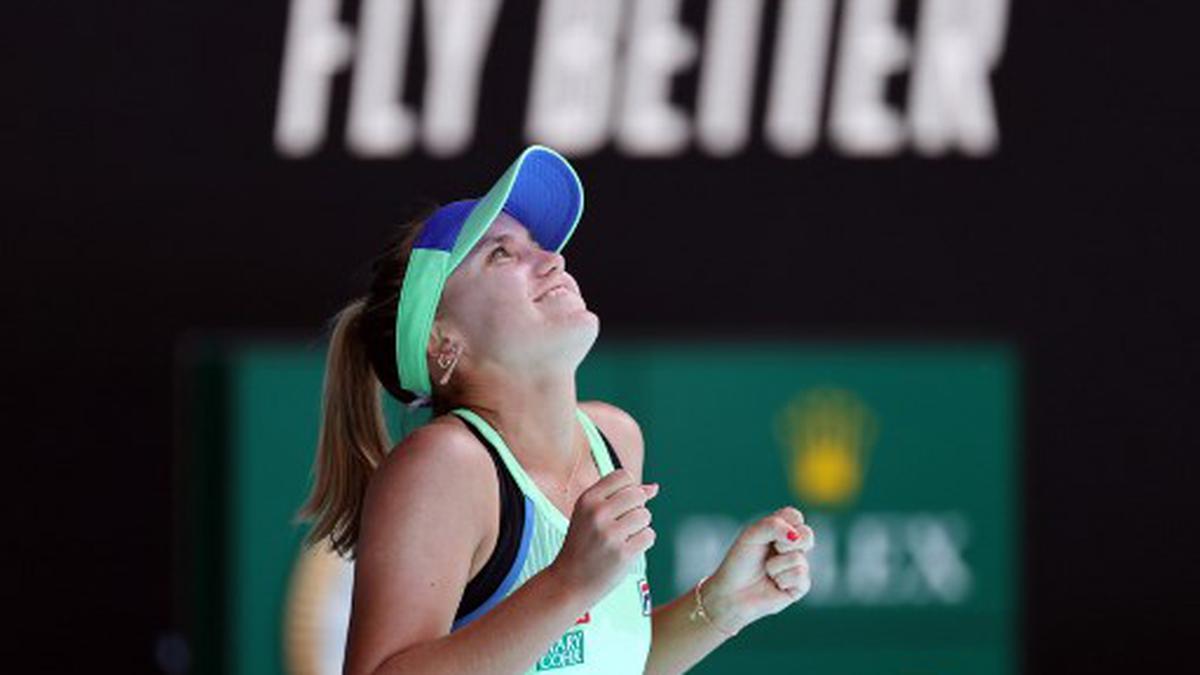 The Russian-born 21-year-old American had never gone past the fourth round of a Grand Slam before, her best performance being the pre-quarterfinals of the French Open last year.

A 750-1 long shot for the title, Kenin will become the new US No. 1, overtaking 23-time Grand Slam singles winner Serena Williams. Kenin will rise to world No. 7 when the new WTA rankings are released on Monday.

Muguruza put on a great service game to seal the first set 6-4. From 0-15 down in the 10th game, she found a serve-forehand 1-2, before two successive unreturned first serves lifted her to 40-15. A forehand error from Kenin, youngest Australian Open singles finalist since 2008, completed the service hold. The American did put up a spirited fight, but Muguruza was just too good.

But Kenin, seeded 14th at the year’s first Grand Slam, dominated the second set. From 30-all in the eighth game, she produced a backhand return winner and followed it with another backhand return, forcing a backhand error from Muguruza eventually clinching the set 6-2 in 32 minutes.

Kenin, seeded 14th at the year’s first Grand Slam, advanced to the finals after defeating local star Ash Barty in the semis. Kenin had a breakthrough 2019 season when she won all three of her singles titles to reach a career-high ranking of 12, the United States’ number two behind Serena Williams.

Meanwhile, the 26-year-old Muguruza would not have been on many lists of pre-tournament contenders but the class and fighting spirit that saw her lift the 2016 French Open and 2017 Wimbledon trophies has come flooding back in Australia.

(With inputs from AFP and Reuters)