Artem Chigvintsev revealed the first image of his baby with fiancée Nikki Bella after Nikki and her twin sister Brie shared that they were both expecting!

Artem Chigvintsev is bursting at the seams with joy! The proud father-to-be, 37, posted the first image of his baby with fiancée Nikki Bella on Jan. 29 and couldn’t be more excited for the forthcoming chapter of his life. In the carousel post, the Russian-American dancer chose to put the sonogram snap second, showing off his and Nikki’s, 36, baby. Their child’s profile could be seen quite clearly in the black and white photo, as their baby’s head was toward the bottom right quadrant of the image. “I’m going to be a dad,” Artem posted as the first image with an enthusiastic exclamation point, adding the caption, “We are so excited!”

The debut of the picture comes the same day as Nikki and her twin sister, Brie Bella, announced that they were both expecting! Brie and her husband of nearly six years, Bryan Danielson (known in the WWE world as Daniel Bryan), are expecting their second child. Their first child was born May 2017.  “People are going to think that’s a joke,” Brie admitted. “We both are shocked. People are going to think we planned it, but can you really plan pregnancy?!” Fans were truly shocked by the news, especially given that it feels like Artem and Nikki only just got engaged!

In an Instagram post Nikki made on Jan. 3, she showed off her gorgeous engagement ring and revealed the true date of Artem’s proposal! “I said yes in France in November! We have been trying to keep it a secret but really wanted to share our excitement for the New Year!” Nikki also shared a close-up photo of the ring, which is a massive, emerald-cut diamond atop a silver band. The lovebirds met while filming the 25th season of Dancing With The Stars in 2017 and have been going strong since January 2019.

With everything is looking so seamless in their life together, Nikki and Artem truly seem ready for their thrilling next chapter. “Nikki and Artem are so happy and in love,” a HollywoodLife source dished EXCLUSIVELY on January 3, adding that Nikki was keen “to have children so as she gets older, they knew it was coming.” We cannot wait to see where life takes these two as baby makes three! Nikki’s engagement and pregnancy will be chronicled on the upcoming season of Total Bellas. 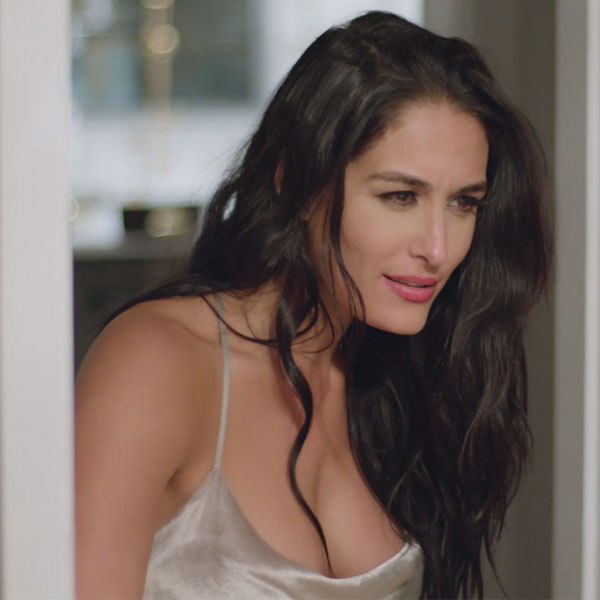