Stephen Amellis having an honest discussion about his mental health following the end of Arrow.

Filming has since wrapped on the series and the final episode is set to air next week, but the star is finding it difficult to say goodbye to the character he played for over seven years. These feelings revealed themselves when he sat down to talk with Michael Rosenbaum for the Inside of You podcast.

To start, Stephen and Michael discussed the show and what Stephen is currently up to, especially in terms of his mental health. This is when the father-of-1 revealed he’s “struggling” to come to terms with the end of the show. He explained this and other issues have him feeling “mentally exhausted.” He added that it was so bad he “laid on the couch” and “didn’t eat” for two days.

After this, the CW star started to have an anxiety attack. He asked, “Is it hot in here or am I just sweating?” Then, as the host attempted to open a window, Amell said he might be sick, before cutting the interview short.

“I’m not feeling well at all. I think I just got to go. I just kind of want to walk. I just need fresh air,” the actor explained.

As Rosenbaum later explains in the second half of the interview, Stephen had a panic attack and, while he could’ve cancelled, he insisted on returning to finish what he started. The host said he “commends” Stephen for having the strength to return to the show and for discussing what happened so candidly. 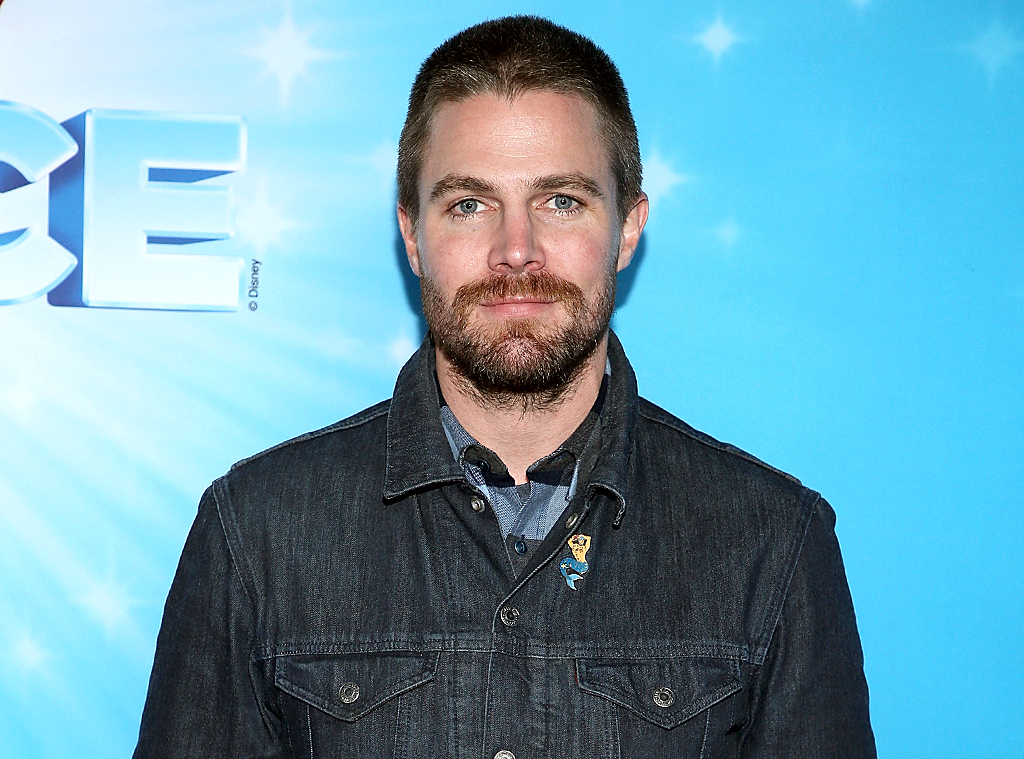 When the interview picks back up two weeks later, the 38-year-old sounds refreshed. As they begin to rehash what happened, Stephen admits he “should’ve cancelled” the interview.

The Canada-native explains he hadn’t fully “disconnected” from the world enough to process what he was going through and that discussing everything triggered him. Moreover, prior to coming on the show he visited the doctor and was told there was nothing wrong with him physically. “Realizing nothing was f–king wrong with me and that’s when you have the moment of realization like, ‘Oh my god, it’s in my head’.”

In the time between filming the two parts of the podcast, the star was able to reflect on what happened and is now focusing on self-care, including talking to his wife, meditating and working out. “You want to fix it immediately but that’s not the way it works,” he shares.

On Twitter, Stephen is promoting the interview and tells his fans, “I was in a really bad spot and I’m happy to report that I’m doing much better.”

Exclusive! Varun Dhawan’s ‘Coolie No:1’: Shakti Kapoor reveals, “I called up to say I want to be in the film but it was too late” – Times of India