‘A Million Little Things’ returned in 2020 with its signature twists and turns. HL spoke with creator DJ Nash about everything in the winter premiere, including the shocking final moment and Gary’s downward spiral.

Just when you think you know where A Million Little Things is going, the show flips everything on its head. The show came back for a brand-new season 2 episode on Jan. 23 and showed us the aftermath of Delilah coming clean to Sophie and Danny, as well as Gary and Maggie’s breakup. The end of the winter premiere revealed that Eric is lying to Maggie about having her brother’s heart. When Eric takes off his shirt, he doesn’t have the transplant scar.

HollywoodLife talked with creator DJ Nash about when we’ll find out what Eric’s been hiding. Millionaires, you won’t have to wait long. He also discussed how Maggie and Eric’s relationship will fare after their kiss. As Maggie tries to move on, Gary will find himself spiraling out of a control. His anger will become a major issue. Plus, he revealed there’s going to be a big “twist” in an upcoming scene.

We need to talk about that bombshell of an ending. Eric is lying to Maggie and doesn’t have a heart transplant scar. How soon will we find out what he’s hiding?
DJ Nash: He’s clearly hiding a lot. I think it would be correct to say that he is lying. He, like all of our characters in the show, is neither innocent nor guilty. From the beginning of our series, really right from when you meet Katherine in the pilot, you don’t like her and we didn’t want you to like her. And then hopefully by the end of the first season, you loved her. We want to do that with characters and show that life is complicated. And there are things that happen — big things — that sometimes make us make choices that we regret. He has made a choice that he regrets and we will learn the true extent of that over the course of the next few episodes. Unlike our show, we do not make you wait. You will find out a lot very, very soon.

Now the situation is even more complicated than it already is because of that kiss between Maggie and Eric. Where does their relationship go from that point?
DJ Nash: No question about it. I think for Maggie and Gary they found each other through cancer at a support group and then shared an incredible experience in the bathroom where just when she was vulnerable to take her shirt off, he was even more vulnerable. That relationship post-cancer was challenged all season by some external factors like Patricia coming to town and saying that she was separated from Maggie’s dad, finding out that there is this young man Eric in her life, further discovering that Eric had her brother’s heart. There was also the experience of going to the psychic and before anyone knew that the psychic was saying he was channeling Maggie’s brother, Gary made fun of it and belittled it. So there’s already this chasm that’s existing between Gary and Maggie. Obviously, Eric is not helping things. Now that it’s three months later and we’re seeing Maggie really try to find a fresh start in her life and discover what her life is without cancer. She’s no longer wearing our wig. She’s hanging out with Eric, who is a connection to her brother. Things go beyond the friendship level. For Eric, who is carrying this secret, there is great hesitancy because when you’re friends with someone, you don’t have to take your shirt off in front of them. But when you’re intimate with someone, it’s probably going to come up. Seeing their relationship progress and seeing the perfect storm of what’s happening for Eric, his deception will reveal itself. At first in the mirror to himself and the audience and then to Maggie very soon.

Where does Gary fit into all of this? That moment between Gary and Maggie at the school was charged, to say the least. It’s clear they still have so many feelings for each other.
DJ Nash: There’s this is this quote to James Taylor that I always think about when it comes to relationships: “Tell me, what you plan to do with your foolish pride when you’re all by yourself, alone.” I think that’s what’s really going on for the two of them. I think there was no need for this breakup. In terms of, if she hadn’t found the ring, it wouldn’t have happened. Even as they were looking at each other with the moving boxes packed at the end of our midseason finale, there was this moment where either one of them could have said, “What are we doing?” And neither one of them did it. I think this sort of sliding doors of life and how precious these moments are is what our whole series is built around. If Gary hadn’t called to tell Rome about Jon, Rome would be dead, too. So I think in a similar way here, what we’re following is the fragility of life and seeing just Gary try to navigate life post-Maggie. Does he try to win her back? Does he try to move on? Trying to win her back he doesn’t have total control of and trying to move may feel like he doesn’t have control. We’re going to watch Gary as he deals with a very human part of life, which is moving on after a breakup. That moment is charged because there is still quite a bit of disagreement as to who ended it. There’s also probably internal disagreement as to whether it needed to end.

Gary took quite a walk on the wilder side in the three months after the breakup…
DJ Nash: It appears as though the doctor is the result of the wild side. Honestly, that’s another part of our show, which is actions have consequences. I think he’s hitting rock bottom. He hasn’t hit rock bottom yet. There’s more to come. Gary’s dealing with a lot of anger and he’s dealing with a lot of abandonment issues. It started when he was a kid with his mom leaving right after his birthday and then he lost Jon. He feels abandoned by Jon. He and Jon made plans to go on those boats in that painting that was done by Barbara Morgan. When Jon helps Gary beat cancer, there was this promise of tomorrow that he would share with Jon. On the heels of that, he probably displaces his feelings of loss and his inability to save Jon on Maggie and then loses her, too. He’s dealing with a lot of anger towards the loss he’s faced in his life. At some point, he’s going to have to face that anger. And he will. We will see his mom in an upcoming episode.

That one moment when he slammed his hands down on the car and the guy got out and had a gun left me petrified. I feel like that was sort of his wake up call.
DJ Nash: He could have been shot right then and that would have been a very reasonable card flip in our series. But I do think the resulting effect on Gary would rival the strength of a bullet because I think he is now really going to hit a low in the next episode. We’re going to see him struggle with his anger.

There was the mention of Eddie’s sister in the winter premiere. Will we meet her this season?
DJ Nash: Yes, and she’s fantastic. I’m really, really excited about this character and about the effects she’s going to have on this world. Like Eddie, Eddie’s sister has a drinking problem. Unlike Eddie, she has not been in recovery for 10 years. There’s some question as to whether or not she is still drinking or not. She does return in upcoming episodes and she brings a lot of baggage.

On another front, Sophie is clearly harboring so much anger towards her mom and Eddie. She’s coping with it pretty much in the typical way a teenager would and now she’s staying with Rome and Regina. What can you say about her arc this season and where she’s going to go?
DJ Nash: Last season, I think probably the two most talked about moments in our show were the singing at that noodle shop and probably the vomit kiss in the car. The idea that this season the most talked-about moment with our fans has been Sophie smashing the guitars really speaks to how super talented Lizzy [Greene] is and just how important that story and that character is in our series. I think for the whole season we have known that the shoe was going to drop with the kids finding out the truth. Seeing its immediate results, you have Sophie smashing the guitars and then you have little Theo seeing this and learning this truth in the worst possible way. The impact that this affair and this secret will have on the kids is only now just beginning to be seen. In the episode that you saw, we learned that Sophie’s going to go live with Rome and Regina. In this situation here, what it means to be a parent and what does it mean to look after someone is going to be intertwined with Rome and Regina’s adoption story. Sophie is struggling. Trauma on top of other trauma is compounded. She’s still dealing with the loss of her father. She will always be dealing with that, and just as she was trying to get a handle on that, her world is rocked even more. Her greatest release — music — is inadvertently stripped away from her at the same time.

Is there anyone she’ll be leaning on? I felt like there was a moment between Katherine and Sophie when Katherine drove her home.
DJ Nash: They have both been violated inadvertently. They both have been denied the trust and safety they were promised. We will see Sophie ally with the most unlikely people. We’ll also see there’s a beautiful scene coming up in an episode where Gary helps Sophie deal with her anger. It’s a scene and a twist that I’m really excited about.

Rome and Regina are making headway with adoption but Regina did lie about Rome’s medical history. He talked with her about it, but will the initial lie come back to bite them?
DJ Nash: Whenever we think of an idea that has some real-world significance, we research it and we have our consultants. So the idea of whether mental illness or mental health issues would prevent you from adopting is really interesting. In fact, in truth, it really comes down to how you are dealing with it and what you say about it. In many, many cases, being upfront and seeing that you are getting help and are in a good place almost helps your candidacy because parenthood is full of challenges. Seeing people aware and able to get the help that they need speaks volumes. In their case, part of the story for us was about Rome wondering whether Regina looked at him differently because of this. As they look at that issue and as they proceed to be parents, both of them look at whether or not Rome’s mental health issues will affect his ability to be a good father. 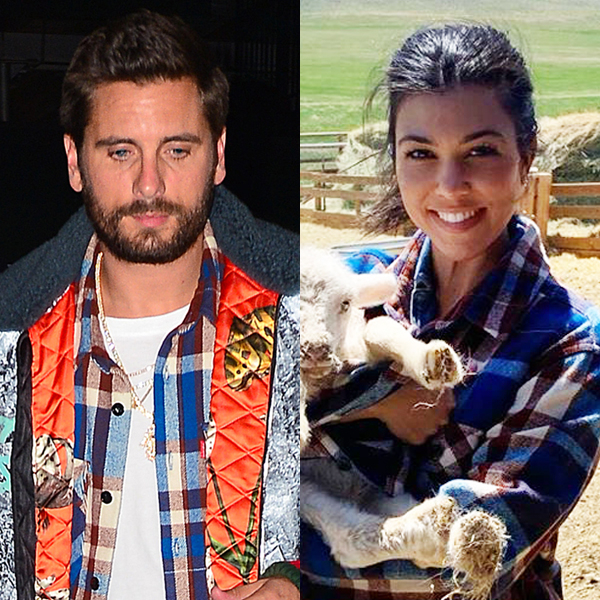