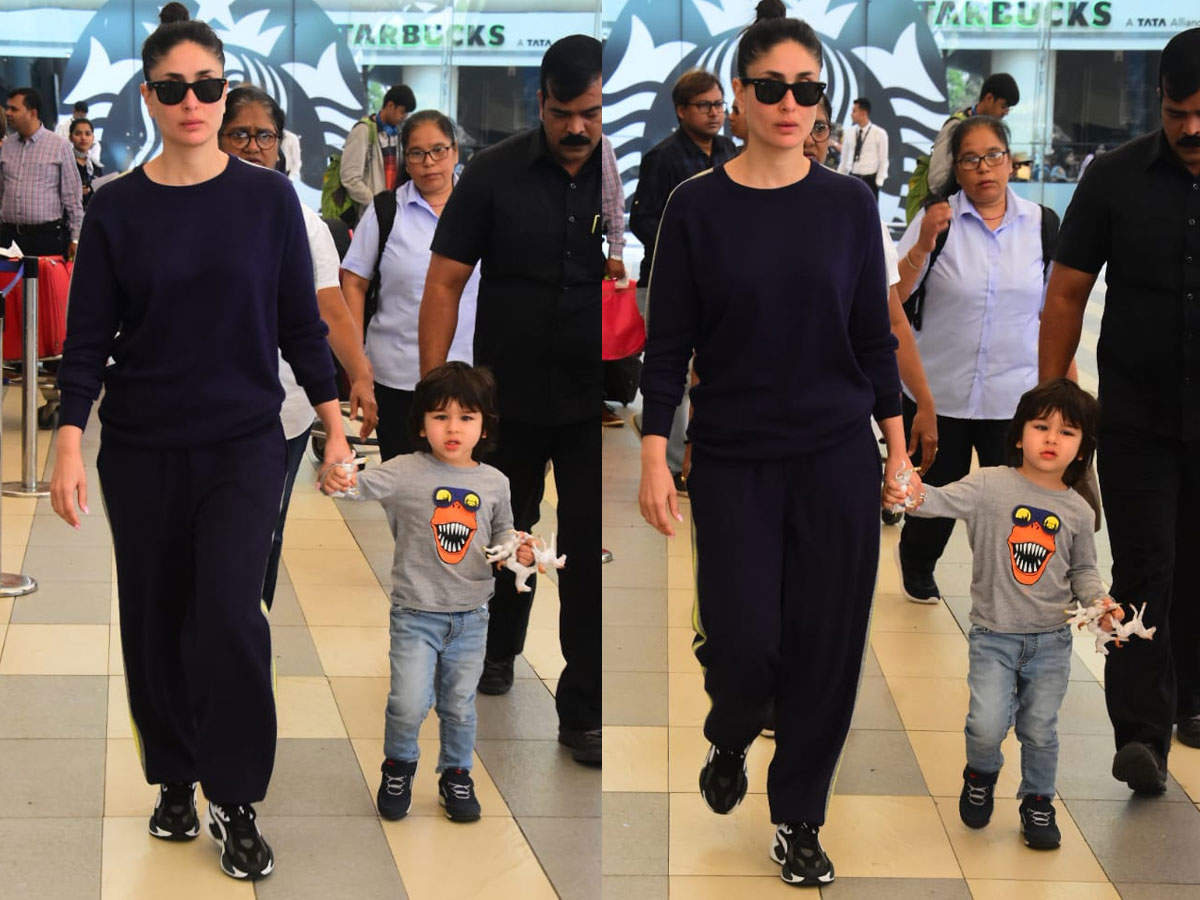 It is never a dull day at the airport, especially when we have Taimur Ali Khan making an appearance. The little cutie was spotted arriving in the city with his mummy Kareena Kapoor Khan.

The three-year-old, who has been accompanying his mother to the sets when not spending time with dad Saif, was spotted this afternoon in his casual best. Twinning with Bebo in a sweatshirt, the little prince was seen getting his swag mode on as he walked past the shutterbugs to his waiting car.

Tim, who has taken a great liking for horses and horse riding, was also seen holding on to his horse toys as his mommy lead him on.

Kareena has been busy with multiple work projects and is expected to soon begin work on Karan Johar’s next ‘Takht’ that will see her share the frame with Ranveer Singh and Vicky Kaushal for the first time.